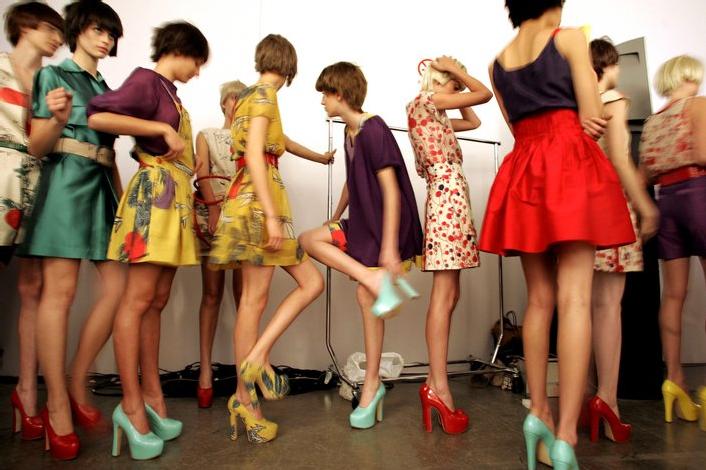 From the editor’s desk …

We have birthed a modern day crisis. The social media kind. Is our addiction to social media ruining our world? Have we officially entered the age of over sharing?

A couple of years ago, I was talking to a Gen Y about social media. I was interested in what they thought of people’s obsession with celebrities and communicating with the new type of human. A screen. It seemed to me that the world had changed forever and I was right. Their response fascinated me. They told me that young people did not know how to communicate, even with their friends. Their screen addictions were their answers to connecting with the rest of the world, their peers and their families, through largely pubescent and anxious eyes trying to carve out a future for themselves. What I found most bizarre was their obsession with communicating online, email and even text when their friends lived close by. Their behaviour was the same with their family members also. My own child used to text me or request that I email him even when we were in the same house. Sometimes even in the same room, if the time I had chosen to speak to him did not suit. I thought a great deal about this and like many, watched the development of Facebook, Twitter, and Instagram with interest.

We are now addicted to a barage of everyones’ images and perceptions of life through social media platforms. Their new G string, a picture of their dinner, their new hair, their latest visit to the nail salon, and their morning coffee. It is this obsession with the finest details of everyones’ life which I find most worrying. All under the guise of fashion.

This is not fashion.

It is modern day narcissism and it’s prevalence amongst our youth and even those who are not youthful is extremely worrying.

I am not against social media at all. Nearly all of us use it now to  broadcast our voices and ideas, not to mention our work. I am worried, however, when I notice that social media platforms, particularly for young women and men, has become a way for them to advertise themselves in scantily clad clothing in the name of fashion.  When did fashion become a vehicle for soft porn and why do our societal values now seem to be almost entirely shaped by what is tolerated on social media. It seems that we have entered the time of “everything goes”, and a world of “over sharing”.

I am all for women and men, regardless of age, making the best of themselves. I think there is nothing more pleasing than someone who is carefully presented in every way, including their choice of fashion. I love to see anyone who wholeheartedly embraces their sense of self and has the courage to be the beautiful individual they are.

My point of difference however is that it seems that young women and men, and society at large has lost its way. Our obsession of self and the hidden, albeit epidemic, levels of self-loathing have become one of the most serious and worrying aspects of health in our modern society. The silent rules of acceptance of ourselves and others and our engagement with others are deeply entrenched and unmistakably linked with narcissistic tendencies encapsulated within the world of fashion. We have entered unchartered and dangerous waters. These are territories we have not visited before and I for one, feel great trepidation as the world of fashion as we know it, has changed forever.

I read an article not so long ago on Reddit about a blogger who described in the greatest of detail, a day where she started her menstrual cycle and was not prepared.  The entire post was dedicated to every detail of her discomfort, her appearance and her various emotional responses. All for the world to read, and for complete strangers to empathise about. A strange phenomenon I feel, about a topic which would once, have been extremely private if nothing else. Feel free to google period stories on Reddit and like me, you will find a whole sub Reddit dedicated to the topic. Am I the only one who thinks it strange?

And then, we have the “over the top”, over publicised, and over documented story of the instafamous Essena O’Neill. The story of a just turned 19 teenager, who describes herself as having a “career on social media”, and who apparently has quit all social media because it is fake and making her unhappy. I could write a whole post on this kind of ridiculousness which pervades every day of our lives, but I won’t. I simply can’t be bothered.  I will say a few things however, that I feel are necessary for the general population to think about for a nano second.

First of all, this teenager claims to have had a “career on social media”. Can someone please tell me what that is? What teenager has a career? And what constitutes a career on social media? She says she is a model, a social media influencer, and surrounded by the most famous, wealthy and successful people.  According to Essena these people, even though they are enjoying phenomenal success, are all miserable, depressed and disillusioned about the representation of their lives on social media, “because social media is fake”. Whatever that means. I think we all know that social media is not the real world, don’t we? How very frightening if we don’t.

So let me get this right. She spent hours taking photos to find one that she was happy to post, used these images to endorse brands, for which she was paid, and then posted the photos for likes and followers. Apparently, this is a career in social media. Really? Is that it? By her own admission, brands will often carefully stipulate exactly what needs to be posted, when it needs to be posted, how often it needs to be posted. Her “career” is driven almost entirely by brands deciding that their newest form of advertising should be through the vehicle of the blogger to reach the young demographic of current spenders.

I watched a 17 minute video of explanation, crying, drama, swearing, and gesticulation exclaiming that social media is evil and that the lives represented on it are fake. Well, I post often on social media and I am not fake. I connect with many other people on social media who are not fake. My life, my posts, my opinions, my connections, and my line of work is not fake. It is in fact, extremely valuable and of great benefit to many in my industry. I don’t have 500,000 followers on Instagram, nor do I have 260,000 YouTube followers. The truth is I don’t care. How normal. My self worth is in tact. I am not miserable or depressed about my own, or others, social media.

And here’s the reason why. Social media is “part” of my life. A very small part. I can and do, connect and talk to real people. I have real life meetings. I understand that whilst I may form a connection on social media, it does not define my value, my judgements, or my self worth. I understand that social media is a platform that can be used for good, but is not always. Social media does not affect my ability to life my life fully in other ways, and I don’t sit around waiting for people to follow me and like my posts.  If Essena believes that her social media career is causing her grief then I applaud her decision to ‘quit’, but it seems to me, she hasn’t quit. She has in fact received more publicity than ever, and feels quite comfortable in using the biggest form of social media, the Internet, to gather momentum for her next venture. I counted more than 40 accounts on Instagram in her name and when I finished writing this article, I set about as I always do, to find some great images to accompany it. It fascinated me that I could not find one image of Essena O’Neill which I was allowed to use commercially for this post.

She has now launched a website called, “Let’s be Game Changers” where she asks people to support her newest quest for self expression, but also tells people to please support her by donating any amount they feel appropriate to pay her rent. Hello? Yep. You heard me. Pay … her … rent. Gosh, I would love someone to offer to pay my rent! What planet do these entitled, narcissistic, children come from? If you ask me, any girl at nineteen who has had so many opportunities should be feeling, at least, incredibly grateful but mostly just downright blessed.

Quit social media eh?  I don’t think so … my final word on the subject?  What a spoiled brat!

Kelly Hume, a writer for news.com has written her own article on Essena O’Neill. In it, she says, “I’m under no illusion that O’Neill has an agenda: with the launch of her new website, Let’s Be Game Changers, which requests money from her readers, it seems her change of heart was, at least partly, a publicity stunt. But she did succeed in raising the issue that social-media influencers, who are paid to promote products by showing off their perfect bodies and perfect lives, do create insecurity in young women”.

Yes. It certainly does. And young men. A social media influencer? I think not.  A young, confused teenager with more attention and success than her emotional age and maturity can handle would be an accurate assessment. Young people, any people, do not need this type of influence. And if we are going to accept the evolution of “the social media influencer”, for God’s sake, please make it someone who has some wisdom to share! What we need is not to make social media the evil one, but to understand that it is a tool to be added to an already balanced set of skills and opinions.

This ever growing obsession with taking pictures to portray and indulge in the perfect life, the perfect body, the perfect hair, the perfect teeth, boyfriend, car, apartment, travel itinerary and stylish brunch, lunch, and munch has become a joke. It is a fantasy and should be exposed as such.

As Kelly Hume continues in her article, “this age of the selfie isn’t healthy. Why are we measuring our self-worth by the way we look and the number of likes and followers we have?

Earlier this month, an Australian Psychological Society survey on social-media usage and FOMO found that one in two teenagers felt they are ‘missing out’, while 48 per cent felt worried if their friends were having fun without them, and 42 per cent were anxious if they didn’t know what their friends were doing.

I’d rather that we focused our energy on being well-rounded individuals, learning to be kind and considerate of others, being intelligent, and having a varied skill set. Instead of taking selfies, why don’t we learn to cook? Why don’t we read more? And why don’t we interact and have a proper conversation for once?”

Wow. Such wisdom. My hope has been restored.