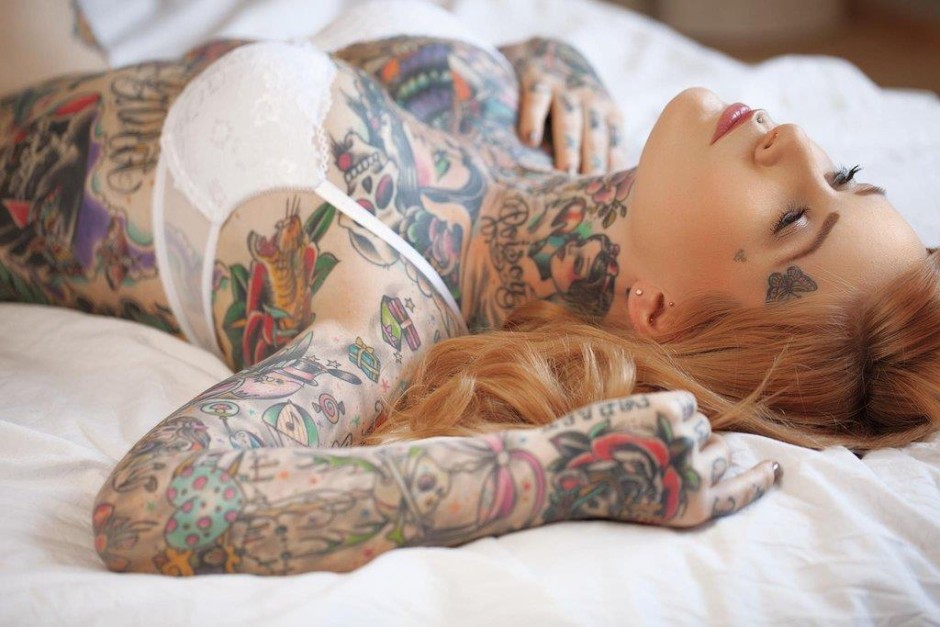 But what has caused this great herd of humanity to suddenly veer off and have a red-hot branding iron seared onto their arses? 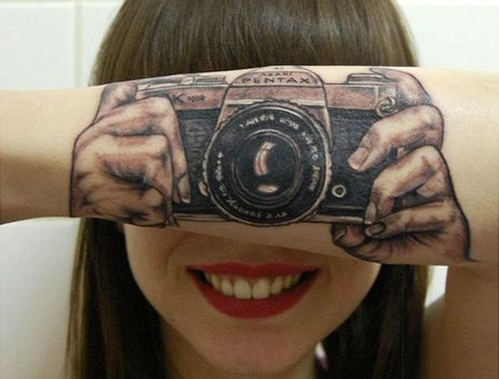 Inked. Yep. It looks like tattoos are here to stay. Or so it seems.

When the day arrives and tattoos are no longer fashionable, I guess we might see a lot of people heading to the place that removes tattoos. Whatever that place is.

Cosmetic surgeons or beauty salons with laser machines? Or maybe people will go back to the tattoo parlour they went to in the first place. If I was enterprising in a different kind of way, I would be thinking about opening up a tattoo removal shop, because if my predictions are anything to go by, I reckon the tattoo removalists are going to get busy. Really busy.

How long can tattoos remain on trend? We’ve been looking at them for a long time now. The eastern influence of yin/yang and the Asian symbols became popular with people travelling through South East Asia. The colourful sleeves of full bodied, big bottomed, busty, scantily clad girls on Harley’s in full colour. Red and blue flames rising up the back of people’s calves, and birds on women’s feet carefully placed in such a way that suit their Haviannas are now common place all over Sydney and indeed all Australian cities. How about the long verses of text up the inside of arms, (Angelinga Jolie style), or across the back of the neck. When I see people with these kinds of tattoos I feel compelled to stop them and say “look, if you are going to sport that tattoo, as least pay me the courtesy of not racing past me. I would like to read what it says, and at the same time ask you what on earth possessed you to paint essentially, what I would have just written in my journal, all over your body? Of course I don’t do that. I hope I don’t sound patronising, because I am genuinely interested in people’s motivation for getting a tattoo. Whatever it is, and however many. I respect their decision to have one or ten, but I have to be honest and say the widespread prevalence of them is now causing me irritation.

It’s not because I don’t like tattoos. I actually find them quite artistic and interesting. I don’t happen to have one myself, although I have thought about getting one in the distant past. Had I decided to get one, it would have been very small and most definitely hidden away from the public eye. My lack of tolerance for them now is because they just seem to be everywhere. And I mean everywhere, and on nearly every body. At least that is how it appears. I don’t go anywhere anymore that I don’t see them on literally every second person and consequently they now seem so… overdone. Furthermore, it seems to me that the tattoo wearers choice of fashion has also been forever changed. When I find myself in shopping malls or city streets, I am reminded that a significant part of the population seems to have forsaken their choice of wearing a full coverage of clothing, in order to show off their body art. There is a sea of skin showing out there, open tanks on men and women, the shortest of short shorts, midriff and crop tops, low slung trousers, and super short minis.

It’s increasingly common to see multiple tattoos. Arms, legs, necks, stomachs, torso, shoulders and backs. The other day I even saw someone with tattoos on each eyelid and also each ear. I mean really. Doesn’t that constitute some sort of health risk? I guess there isn’t a law against stupidity. I wonder what these tattoos will look like when the person ages a little and their skin is no longer taut and youthful. What happens to the man with the tattoos on his eyelids when he gets a little older and his eyes follow suit. I sincerely wonder what we will see in the future when some of these tattoos are removed, and what then? Will people then be covering the previous areas of their tattooed skin because they are sporting a scar? Will they regret their decision of deciding upon tattoos all those years earlier? Very probably. I hear that the current cost for tattoo removal is around $350 per session and usually takes around 8-10 sessions. That’s a lot of money for something that may have only cost a couple of hundred dollars at the time, and you could hardly call it an investment. Well maybe an investment in looking like you used to.

And now we have the legalisation this week for the allowance of eye-ball tattooing. This really has raised the bar in terms of permanent body work, and seems to me to add a completely different dimension, which is humans looking more and more unhuman. According to the article published in The Sydney Morning Herald, eyeball tattooing can lead to infection and blindness.

Greg Bearup, is a writer for The Weekend Australian Magazine. In 2013, he interviewed veteran tattooist Tony Cohen from The Illustrated Man, the most iconic tattoo parlour in Sydney. He says that he “keeps waiting for the tattoo bubble to burst, but it just keeps getting bigger, more colourful, more lurid. Australians are getting inked at a phenomenal rate – skin specialists I contacted say that 10-20 per cent of their patients have one or more tattoos”.

Based on what I see most days, I would have thought that number to be somewhat higher. I have been wondering for some time when this trend might slow down but it stands strong. It occurs to me that this is in fact no longer a trend but something of a prolific societal statement. But why? Why do so many feel the need to get a tattoo, when really it is no longer a unique thing to do. It seems Greg Bearup was thinking along the same lines when he asked the following question. “But what has caused this great herd of humanity to suddenly veer off and have a red-hot branding iron seared onto their arses? It is a yearning for belonging, according to Adam Geczy, an artist and academic at Sydney College of the Arts, who has studied tattoo culture. Traditionally, tattoos were a marker of initiation into a tribal society or a sect, like the Yakuza, or the mark of a man of the sea. “We are now living in a culture where people don’t know where they belong,” he muses. “Generations X, Y and Z are constantly in contact on Facebook and Twitter, thinking it is a community, but it is a void. If you go out and choose a Maori tattoo you have the luxury, and the shallowness, of initiating yourself. You are not being initiated into a clan, you are initiating yourself into yourself. You are giving yourself a kind of fetishised sense of belonging.” 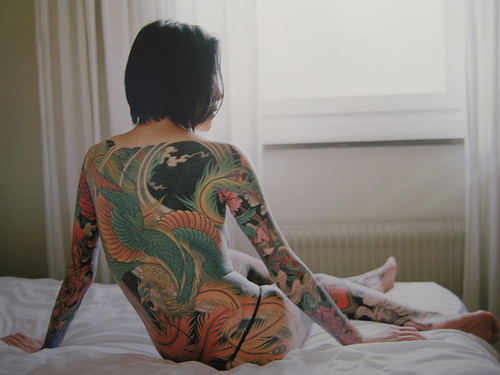 Geczy says the great growth in the number of people being tattooed, particularly women is also part of the pornification of society, which has come with the internet age. He argues there is a strong link between body modification and porn. “So you have a prim girl who has a small rose on her shoulder – it’s a wink to say, ‘I have desires’.” He continues: “Look, most people work in pretty boring jobs and have a problem with being interesting and having interesting identities.” They see a tattoo as a way of making them seem more interesting. But it is all built on a false premise, he argues, and in time many people who have tattoos will live to regret their decisions. “Besides, it all looks hot when you are young but when you’re an old man you look like an ageing stud.” And, he ventures boldly, “There has never been, on a woman who is middle-aged, a tattoo that looked any good.”

Well go Adam. Can’t say I disagree with the man.

“The Pornification of Society”? Hmmm. He might just be on to something there.